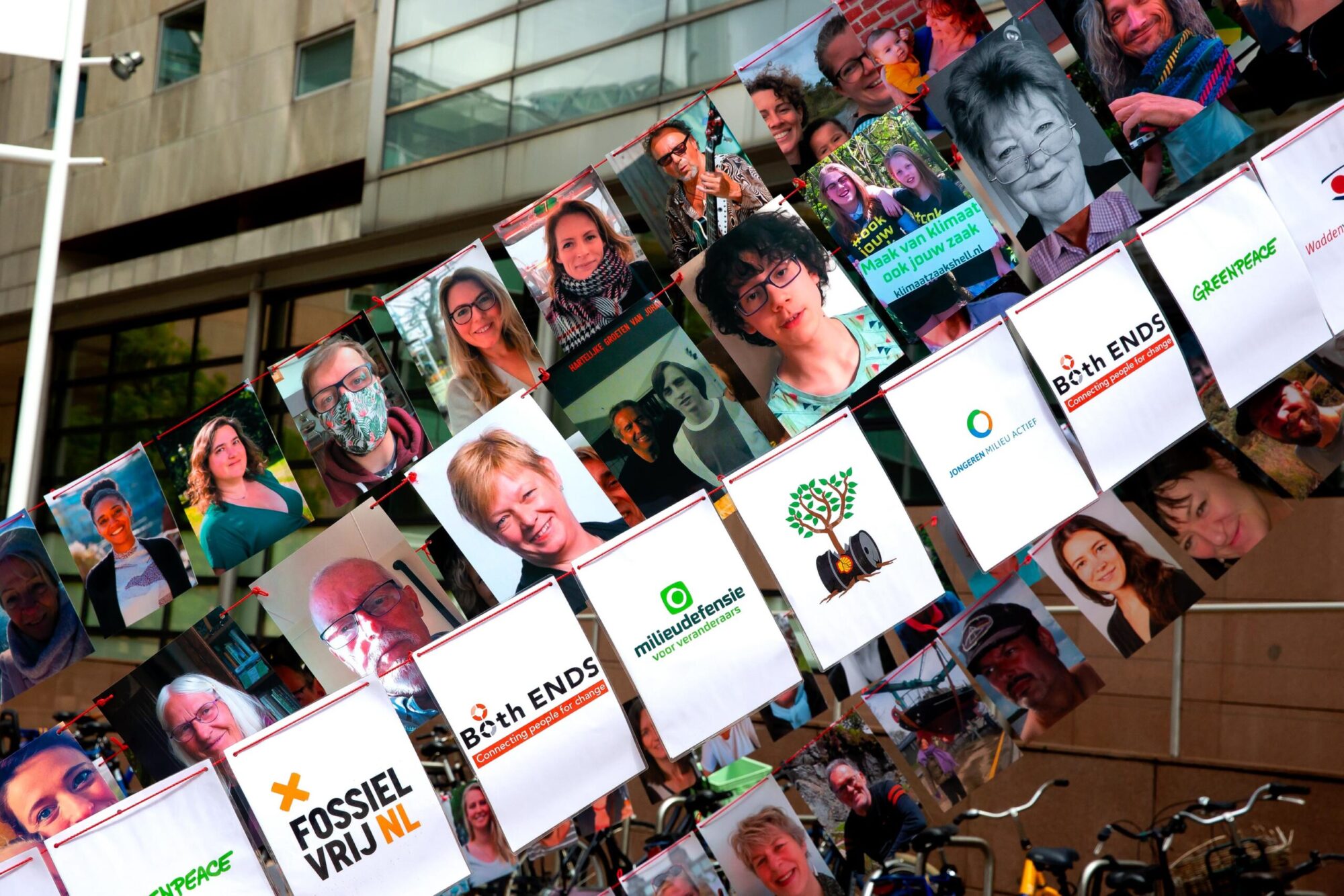 When the effort for the environment wins

On May 26th, the Den Hague City Court issued a historic verdict against the Anglo-Dutch oil company Shell, which is being sued for environmental pollution.

Roger Cox, the lawyer who supported the lawsuit alongside Friends of the Earth Netherlands, expressed himself immediately after the sentence: “This is a turning point in history. This case is unique because it is the first time a judge has ordered a large polluting company to comply with the Paris Climate Agreement. This ruling may also have major consequences for other big polluters”.

The Earth is in dire need of these bottom-up initiatives, through the determined action of an organization for the protection of the environment such as Friends of the Earth and thousands of Dutch citizens who have spontaneously joined the case against Shell. This method – which has also worked for the courage of a court and its judges – gives great confidence to reverse the path that has been channeled so far towards the total destruction of the environment. With the hope that other States and Courts have the same conviction as colleagues from The Hague.

For direct information, we proposed an interview with the heads of the Dutch Environmental Association.

Peer de Rijk answers. (Peer de Rijk is senior policy officer with Friends of the Earth Netherlands (Milieudefensie) and as such – with two colleagues – responsible for the scientfic climate work used in the court-case against Shell. In the past 18 months he has been preparing the scientific reports and briefings that were then discussed and used by the legal team to prepare the pleadings).

When Friends of the Earth the Netherlands start the battle against the oil company Shell?

Peer de Rijk: – “It all started in 2017; the basic idea was discussed internally within Milieudefensie (Friends of the Eearth Netherlands) after which it was taken to the legal firm Paulussen (headed by Roger Cox who also did the groundbreaking Urgenda court case against the Dutch State). In April 2019 the summons were handed over to Shell; the offical start of the case”.

Shell company is based in the Netherlands, isn’t it?

P.d.R: – “Shell is a UK/Dutch firm, with their HQ based in the Netherlands. This is indeed one of the reasons we decided to take Shell to court – more important of course is their responsibilty for dangerous climate change; they contribute about 3% of the global emissions of CO2“.

What were the factors that your association (environmentalist) challenged the oil company?

P.d.R: – “With the Paris Climate Accord the global community took the decision to do whatever it can to keep global heating “well below 2 degrees and preferably around a maximum of 1,5 degrees”. Shell is a main contributor; about 3% of the world wide emissions are due to the activtiies of the Royal Dutch Shell (RDS) company. By doing this they endanger the safe future of mankind, a clear violation of basic Human Rights”.

So a real lawsuit was filed against it. Was it a hotly debated decision among activists?

P.d.R: – “Of course. Was it possible ? What would the effect be if we would loose? Is it possible to hold Shell accountable under law? What would happen with Shell if we win? Are we putting the economic perspective of a large company in danger? What about the people that work for Shell? Many, many considerations. Hundreds of questions. How long would it take? How will we finance such a case? It was the first time for such a case”.

P.d.R: – “Indeed. But supported by the public opinion (people want large companies to do their faire share), 17.000 individual plaintiffs and 5 other NGO’s based in the Netherlands”.

Has a fundraiser been activated for legal fees?

P.d.R: – “The whole case is being paid for by donations of individuals. Thousands of people helped us out with small amounts of money”.

Finally the battle against the ‘giant’ was won. The Dutch court also issued a very courageous verdict.

P.d.R: – “Indeed. It’s a brave verdict. During the hearings in December we had the clear feeling that the court took the time to carefully listen to what we had to say (and to what Shell had to say).  Its a groundbreaking verdict with big implications for climate policy. Out of the many reactions we got after the verdict one clear signal was most outstanding; “this outcome gives us (the climate movement globally) new hope. Hope that it is possible to reach systemic changes, that it is possible to hold large polluters accountable, hope that we can stay within this goal of maximum 1,5 degrees temperature rise”.

Was this the first verdict in the Netherlands against pollution? Or have there been similar precedents, even of a minor entity?

P.d.R: – “Of course we have had the Urgenda case against the government. That was groundbreaking too and the final rulings in the highest court in the Urgenda case had been very helpfull for the case against Shell. Bit it was also very different; the Dutch State is signatory party to the Paris Climate accord. Shell not”.

Is the Dutch state administration very attentive to ecology or does it fall within the average European indifference?

P.d.R: – “Hmmmm… good question.. So far you can foud our country in the lower parts of rankings on almost all important isues; CO2-emissions, penetration of renewable energy, de-carbonisation of the industry, interventions in the very high-pollutive agriculture sector, etc etc. Things are changing, but too slow. The verdict in the Shell-case does also puts pressure on the government to take this up more seriously”.

How do you see the ecological-environmental future of the Earth? Do we still have hopes of reversing the destructive trends? The Climate clock only marks 6 years at the point of no return.

P.d.R: – “I of course also sometimes wake up in a very pessimistic mood… but first of all we do have the obligation to stay positive, work hard and keep trying to change the course of politics. And the victory against Shell is very important for this; it shows we can still do it . And we will”.

We use cookies on our website to give you the most relevant experience by remembering your preferences and repeat visits. By clicking “Accept”, you consent to the use of ALL the cookies. For more information: Read More
Do not sell my personal information.
Cookie settingsACCEPT
Manage consent

This website uses cookies to improve your experience while you navigate through the website. Out of these, the cookies that are categorized as necessary are stored on your browser as they are essential for the working of basic functionalities of the website. We also use third-party cookies that help us analyze and understand how you use this website. These cookies will be stored in your browser only with your consent. You also have the option to opt-out of these cookies. But opting out of some of these cookies may affect your browsing experience.
Necessary Sempre abilitato
Necessary cookies are absolutely essential for the website to function properly. This category only includes cookies that ensures basic functionalities and security features of the website. These cookies do not store any personal information.
Non-necessary
Any cookies that may not be particularly necessary for the website to function and is used specifically to collect user personal data via analytics, ads, other embedded contents are termed as non-necessary cookies. It is mandatory to procure user consent prior to running these cookies on your website.
ACCETTA E SALVA
Gestisci Consenso Cookie
Usiamo cookie per ottimizzare il nostro sito web ed i nostri servizi.
Gestisci opzioni Gestisci servizi Gestisci fornitori Per saperne di più su questi scopi
Visualizza preference
{title} {title} {title}