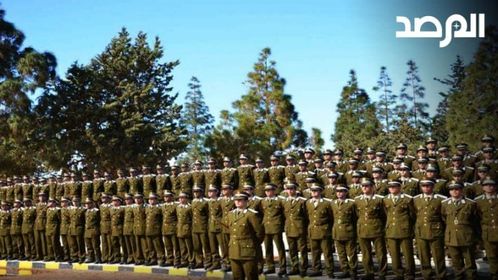 Before the 2011 Libyan Revolution and the assassination of Mu’ammar Gaddafi by a coalition of Western countries, Libyan citizens, albeit under a military dictatorship, enjoyed wealth and international recognition.
After the Revolution, the succession of tempted governments, with rare political elections, led the country towards destruction, poverty of the citizens and finally to two different Governments that divide through East-West the country. For a year, the two factions have been fighting each other with heavy vehicles – with military casualties and civilian victims – joined by foreign military forces who have an interest in putting their flag in the country, rich in energy sources.

The purpose of this interview is to listen to the voice of the population, considering it much more authentic than the official, formal channels.

What exactly is happening in Libya? Do citizens notice the war between Al-Sarraj and Haftar?

First of all I am from eastern Libya, from the city of Benghazi. And all of Eastern Libya is under the control of the Libyan Armed Forces, led by General Khalifa Haftar.

In the West of the country there is an illegal government, but the world recognizes it as the Libyan representative abroad – Government of National Accord – and the President of this government, Faiz Sarraj.

The government of Serraj is controlling the Central Bank and the oil corporations. This government is made up of corrupt militias and politicians who steal public money. That’s why there are wars in Libya.

The army of East Libya – led by Haftar – went to the West of the country to liberate Libya from these militias. A war that lasted more than a year. But Turkey intervened and supported the Government of National Accord with weapons and mercenaries, and the Sarraj government prevailed thanks to Turkish support.

And now the Army of East Libya is in Sirte city (central Libya).

The situation is now considered calm. There are some skirmishes from time to time.

What do the Libyans generally think of the Government of National Accord led by Al-Sarraj established (or perhaps imposed) by the UN?

Almost 95% don’t want Sarraj because it is a corrupt government. The people are poor and need money and food. In return, the Government of National Accord pays the salaries of mercenaries in US dollars. The remaining 5% are Libyans in the militias and corrupt officials, and those who work in the Libyan embassies abroad. All of them want the Government of National Accord due to financial corruption and lack of oversight.

Which of the two warring rival factions is most appreciated and supported by the Libyan people?

In Eastern Libya, a percentage of people support the army led by General Haftar. Because it liberated the country from terrorism – where, before 2014, there were terrorism and assassinations and the army camps were completely destroyed. In 2014, Haftar came and built an army of officers of nearly 200 people. A war against terrorism was waged in Benghazi and Derna. The war lasted 3 years. Haftar established an organized army and military colleges.

How does the life of citizens flow? Are there enough food and basic necessities for everyone?

The economic situation is a thing. Inflation has risen and banks have no money. This is the situation in all of Libya. People in front of the banks are in line to distribute the money. About 200 euros per person, almost.

How dangerous has civilian life become?

There are degrees of risk depending on the region. In Eastern Libya, the situation is kind of safe. But there are some criminal gangs and drugs are spreading among young people. In Western Libya the situation is worse due to the presence of militia mercenaries. In Southern Libya, the situation is even worse because of the presence of human and drug smuggling gangs. And the lack of state control over the South is due to the armed conflict. The South is a desert region with a large area and borders with Algeria, Niger, Chad and Sudan. The biggest problem is that weapons are everywhere.

What do the citizens who took to the streets ask for the demonstrations?

Improving the bad economic situation, equitable distribution of wealth, to fight against corruption, and the prosecution of corrupt officials.

What do foreign powers (Russia, Turkey, Egypt, etc. and all mercenaries thereafter) aspire to in support of the two Al-Serraj / Haftar war factions?

As I told you, there are two camps in Libya. Haftar and Al-Sarraj camp.

Turkey supports Al-Sarraj because it has ambitions in Libyan funds, colonial ambitions and control over the Southern Mediterranean.

Egypt supports Haftar because Haftar has his project to combat terrorism and secure the Libyan-Egyptian borders (1,120 km).

Russia’s position is unclear, but there is information about its support to Haftar’s camp with weapons and Russian military experts.

What is the UN mission in Libya (UNSMIL) for? Is it useful or just for representation?

The UN mission does not have any role in Libya (only expresses its concern): just meetings and wasting time. This is the opinion of most Libyans.

What do Libyan civilians know about the sorting centers for migrants to Europe, places of violence, rape and torture?

Illegal immigrants in Libya make a long journey in the desert and pay huge sums to reach a place of human smuggling on the Libyan Western coast.

There are human smuggling gangs in the South-East that bring them from the desert to the cities of the North. They reach the cities of human smuggling – Zuwara, Zawiya, Qarbouli – and they are gathered in camps controlled by militias of the Sarraj government. In fact, nobody knows what is happening inside these camps.

In the end, things are bad here. There are two governments and parliaments. And two central banks. All of these take salaries from the State Treasury. The salaries of these officials are approximately 2,000 Euros. In return, the Libyan citizen waits more than 6 or 7 hours in front of the bank to get one’s salary (from 200 to 400 Euros).

A few days ago a group of Sicilian fishermen were arrested by the Libyan Coast Guard and detained. In the Italian newspapers it is written that the families of some Libyans detained in Italy – for smuggling of migrants – propose an exchange, protesting under public offices. Is it the truth?

People don’t care about such news. Most of them do not know the news of the arrest of Italians in eastern Libya. People participate in demonstrations against corruption and poverty; and the electricity and water crisis we have now.

Nancy Drew is a new author for TheBlackCoffee: interested in geopolitics and in the deepening of what is hidden in the folds of the speeches and actions of rulers and official sources. Or false truths intended to make it appear like gold that glitters. Citizen of the world.

For the translation into Italian: https://www.theblackcoffee.eu/libia-oggi/

On the cover: Libyan Army celebration. Photo from the Libyan Al Marsad News