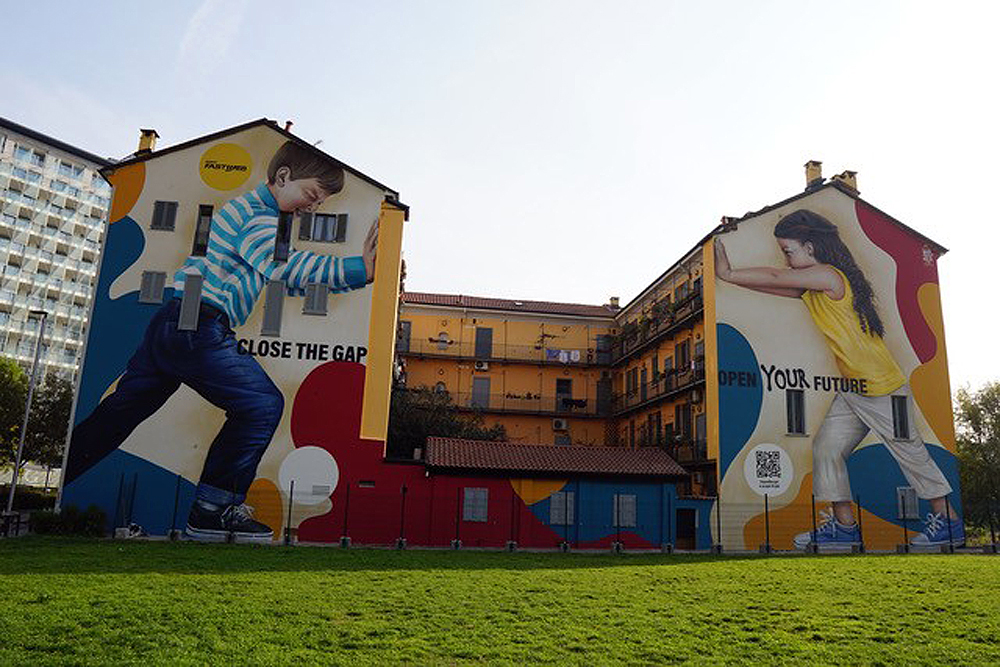 “Equality is like driving a car up the hill. You have to
keep your foot on the accelerator otherwise you’ll roll back down the hill really quickly.”

I was inspired by the metaphor “Equality is like driving a car up the hill” of Maria Adamson – Middlesex University Business School. I used to drive an automatic car because I don’t like to spend too much time shifting the gear and risking to lose control of the car. For starters I think that cars, as many other technologies, are mainly designed by men. Are technologies and “vehicles” that we are using in some ways inclusive or  fair?  Do they respect diversity? I want to bring an example from the technology “Neural Information Processing Systems (NeurIPS)”, described by Davide Castelvecchi in an article published on “Nature” about the most prestigious conference on “Artificial-Intelligence -AI” technologies. Iason Gabriel, an ethicist at the AI powerhouse DeepMind , led an ethics committee on computer science papers submitted to the NeurIPS conference  in order to state the potential side effects and unintended uses of researches.  Even though the ethics were applied scrupulously, he admits that the process was still fallible. For example, if all the reviewers happened to be men – not unusual in a male-dominated field – they might not be able to adequately assess whether an algorithm could affect women negatively. “I can’t rule out the possibility that there would be blind spots of this kind” – Gabriel says.

Thus: who has designed and built your car?

The second reflection is about the grading of the hill and the resistance to Equality. While driving, if a slope is rugged and craggy, the resistance is higher, as orography is different from field to field. In the case of Equality, when a role is far from the “traditional” ones or “conventional” ones, the higher will be the friction it will face.  Resistance in this case can be described by the unconscious and conscious bias affecting non “traditional” roles. Are we aware of the grading of our “equality” hill, the depth of our view among cognitive bias and the driving force needed for our trajectory? I’m in Emilia Romagna, one of Italy’s regions, where women are almost “the half of the sky” but  their attendance to the workforce is only around 60% of the male counterpart, in spite of them being scholarized and well prepared.

The COVID 19 epidemic has further reduced female attendance. Even though I’m living in one of the best places in Italy, I can say there is a hill!!! If we want women to attend as equally as men to the economy we need to wait for a long time. If humanity will survive meanwhile, maybe “Generation Two Digit” will reach equality. My experience of “driving a car up the hill” is towards economic empowerment of young people and women by the entrepreneurial development process of their innovative business.

While it is known that a wider entrepreneurship, including female one, raises the resistance of their regional economies to financial crises, this potential is strongly underestimated in Italy and in Emilia Romagna.  Only 3.3 women every 100 are involved in entrepreneurial early-stage activity against the 5.5 men every 100, only 1 out 5 enterprises are led by a woman and only 1 out 7 new enterprises are led by under 35 years old women. So the run of female entrepreneurship is with “less than one-fourth cylinders” and still without any increase in the efficiency of the overall system!!!! In my opinion the blind spots in diversity and equal inclusion of women in entrepreneurship must be enlightened. The most harmful ones are the cultural biases that are limiting the economic empowerment of women (family life is the primary responsibility of women, motherhood and family duties are conceived from the employers as less time spent on work, or even worst policies that favour keeping women at home), but there are further specific blind spots that are limiting the female entrepreneurship like limited access to capital in male dominated venture networks, a weak sense of self-agency passively promoted by education (for example assertiveness, dominance, independence and self promotion) and lack of confidence.

Thus: Which are the “blind spots” of your hill and what are the challenges facing your mainstream practice or vehicle?

The third reflection is about which actions have to be taken if we are driving a steeper hill: “keep the foot on the accelerator” or, as a driver of an automatic, “down-shifting and count on the engine braking” or whatever else?

There is not an all-in-one solution! The gap leaves sufficient space for whatever you want.  Keeping the foot on the accelerator is a valid solution for all the women having a driving power and a vehicle, if you are in this position make the voice of the engine be listened. Do this not only for you but also for many other women that have not the car, the licence and the fuel. Push the accelerator, hoping to have enough energy and a sustainable environment. “Down-shifting and counting on the engine braking” just to be efficient and environmentally friendly in the field of female entrepreneurial development seems another suitable choice. Use the collective intelligence of women and their natural ability to be sustainable to explicit female leadership developing models of social entrepreneurship. Some of us don’t see the hill, because they are in their own “bubble”. Sooner or later, daughter, friends or eventually themselves need to take this path. No one will tell them what the hill was, like my grand-mother when she saw for the first time the “sea” and she said “it’s unbelievable”. Describe the hill and make it visible to all. It’s real even though it can be invisible. The solution I like the most is to find a bifurcation and generate a paradigm shift, so that while we are running up the hill we are levelling it!